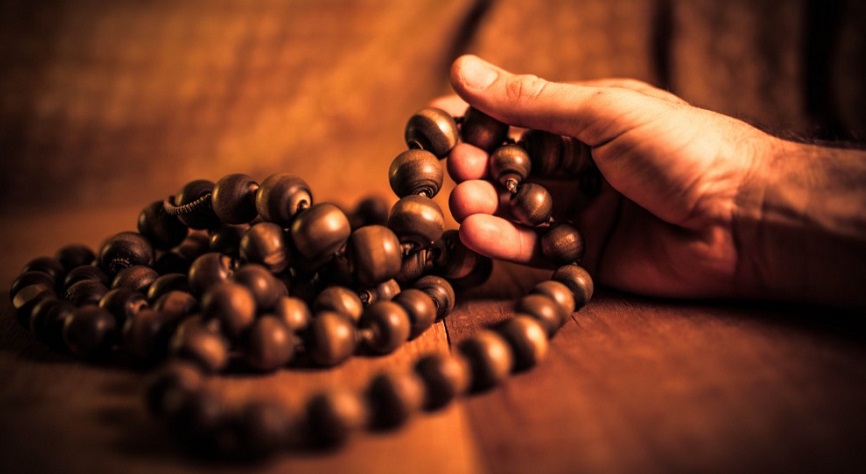 Reciting mantras, an age-old spiritualpractice, always remained shrouded in the realms of awe and marvel, and wasperceived miraculous in effect if practiced. Chanting mantras forms a part ofmany religious rituals, and diverse spiritual traditions consider chantingmantras as a route to spiritual and worldly development.

The meaning of mantra is infinity. It is asound vibration beyond the cognition of the mind. Everything in the universe isbuilt on sound vibration — that is how it all began, and sound is one of themost important tools we use in healing and transformation.

Mantra is a specific combination of syllablesand is based heavily on the science of Naad. These sounds or vibrations tune,quieten and focus the mind.  These specific combinations of syllables,words and rhythms hold great power in their sound current to create and elevateconsciousness. When we vibrate these sounds, we are tuning into specificfrequencies of consciousness — the universe reflects back to us what we vibrateout. Mantras are sound vibrations that infiltrate every cell of human being;they let the mind deliquesce. Reciting any mantra produces an actual physicalvibration, which corresponds to both a specific spiritual energy frequency anda state of consciousness.

Mantras in the Vedas begin with Om —the sound that is said to have itsorigins at the time of the creation of the cosmos also known as the Big Bang. A mantra canbe a syllable, a word, a few words or a sentence, and has a specificsignificance and inner power to make the impossible possible. A simple sadhak canbecome a great saint with the power of mantra.It is a condensed a form of spiritual energy, the sound body of the divinebeing. The power of mantra is not limited by time, space orcausation, for mantra is self-existent. Modern Vedicphilosophers have equated Om with God. All mantras generally begin and end with Om.

Rhythmicspeaking or singing of words or sounds is chanting. Self-healing can beattained by chanting certain mantras;the specific power of the mantra can become focussed with great effectby chanting. By chanting a mantra,we are vibrating it and it will send out specific waves which will then tuneinto the corresponding frequency, supplicating a particular energy and positivepower, which is held in that particular sequence of syllables, sounds, rhythmsand words. If words are negative, that is what we create, and vice-versa.

Through thepower of the vibrations of these specific sounds, we can create positivethought, feelings, actions and manifestations. By chanting, we attaintranquillity of mind and became organised for meditation. Recitation of mantras createsa mental response that is inward. Only a mind turned inward can experience thedivine consciousness. One whose mind is turned inward is always in bliss. Senseof observation, perception and expression aptly improve, leading to positivity.

Modernneuroscience is now beginning to discover the relationship between the waymantras are chanted and the impact on thefunctioning of the mind. When we chant a mantra,the frontal lobes of our brain ‘light up’ and the nerve endings fire up. Thereis increased flow of oxygen and blood. Frontal lobes are responsible forthought, learning, perception and emotion. Chanting mantras canhave an effect on us from the vibrations they send out, affecting brainpatterns. The brain uses certain fluids to transmit messages.

Reciting mantras willaffect and activate these fluids in a positive way. Thus, we can use mantras toheal the body, mind and emotional state, and also to attract or createprosperity, success, love and positivity.