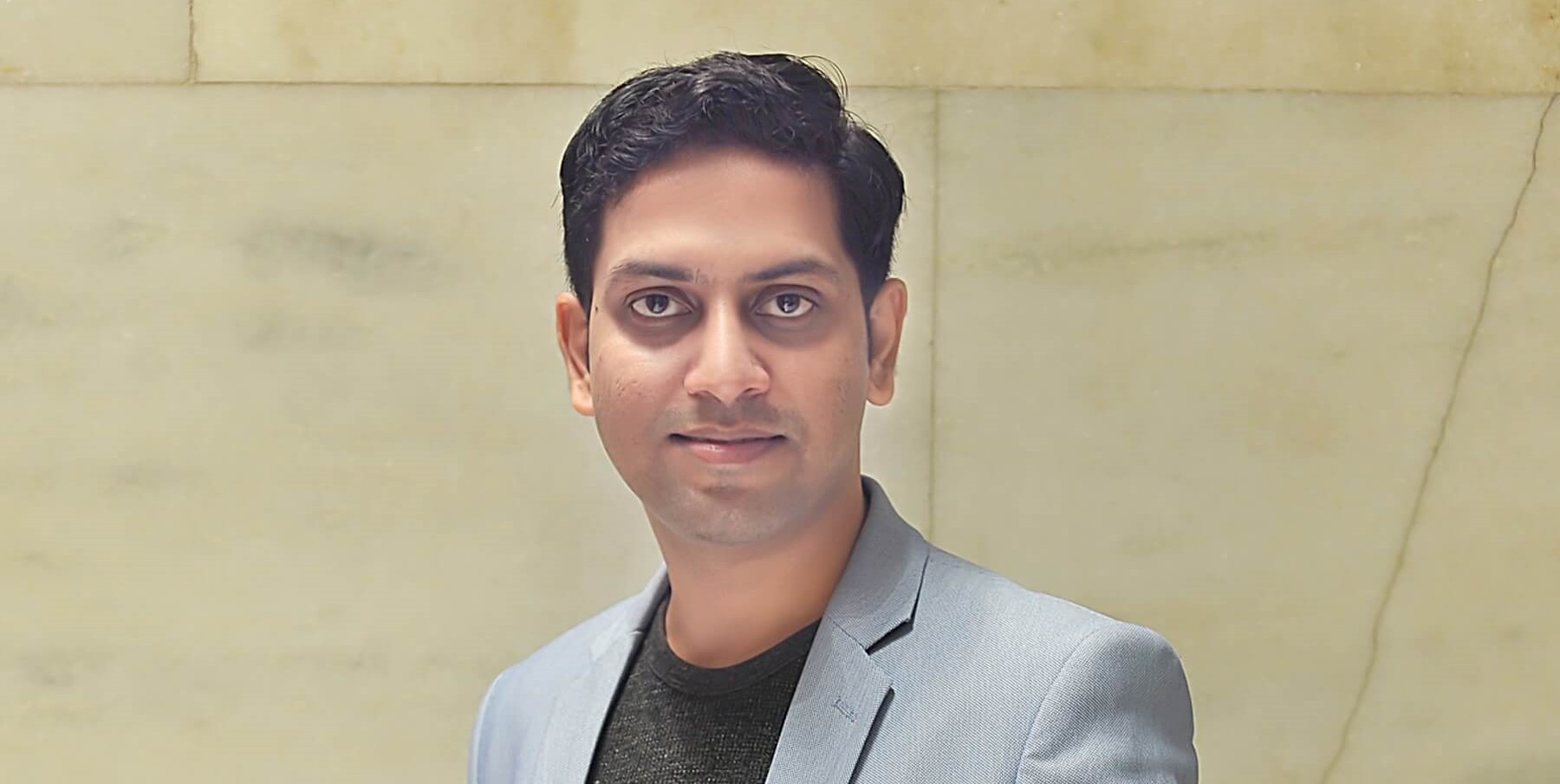 India suffered a lamentable 10-wicket loss to England in the semi-final of the T20 World Cup and millions of cricket fans in India were left heartbroken. Though winning and losing is a part of the game, and the men in blue have a history of making the nation proud, the fans did take this loss with a heavy heart.

As fans took to twitter to express their ire against the loss – the weekend was flooded with tweets and memes on the match. Now as that wasn’t disturbingly entertaining enough, it was not just the match that was mocked but the troll ball had hit the newsrooms this time – and for the right reasons.

What was worth a laugh was that in a leading news channel’s prime time show ’11 Jyotish Batayenge, Hum Cup Laenge’ which roughly translates to ‘11 astrologers will tell you that we’ll get the world cup’. The channel aired the show one day before the match – with a format that invited 11 astrologers to sit and predict India’s fate at the match.

As the show went on for 2 hrs and 30 mins, the anchor dressed in a cricket jersey took 11 opinions on India’s destiny. What’s funnier is the fact that all 11 declared India’s victory! Are news channels supposed to fan and blow with the wind? Isn’t this symptomatic of what they have become in their daily news coverage ?

News Channel and its Astro-fact checkers truly left the viewers confused. Inspite of the channel’s own tremendous credibility, let me ask who was responsible- the news channel with no domain expert being on the show or the astrologers’ getting carried away to give a populist view or rather incompetence of some astrologers that took a group to be wrong.

The show’s live-stream on YouTube invited comments that read, ‘I do not feel sorry for India’s defeat, I feel sorry that there are such astrologers in our country’. And on a lighter note, ‘I was searching some funny and laughter video and accidentally clicked on it and now I’m enjoying it’.

Well, this is not the first time the channel came up with an astrological show which looked almost like most channels’ prime time debates – baseless. Just a few days back the channel ran a show ‘Chandragrahan 22 Jyotisho Ke Sang’ and took another 22 opinions on the impact of lunar eclipse.

The two shows might be the only time the news channel took so many opinions on an issue, so patiently. It is interesting to note that this news channel as well as s many leading news channels have stayed away from astrological shows or depending on astrologers for predictions mostly, but I guess the mood of the nation took over.

Jokes apart, this was not only a carelessly carved concept for a prime time show but even a treat for the illegal acts of betting. Such live-streaming and telecasting astrological predictions are a nudge to the betters. What invites such ‘creative’ concepts to these shows? It’s the TRP race and quick ratings to lure potential viewers and by that corollary advertisers.

The game to make market friendly content or click bait content has made the media business tough. But is this the only way to gain viewership? Well the live stream comments clearly suggested that this is not what the viewers want to know. In fact, this leading news channel normally has very credible content and has been doing very bold news coverage which is honest and credible.

The creative directors of the show could have considered calling industry experts instead of astrologers to give their take on the match which would have definitely been more reliable. In fact, there should be proper guidelines by NBDA to regulate such shows which lack scientific temper and promote betting similar to the election commission’s guidelines to prohibit telecasting of estimated poll results while the polling is still going on. The viewers are intellectual enough to yearn for fact based news and it’s high time for channels to adopt a scientific temper.

Such impetuous shows not only invite disgrace to the pitiful state of media but even disbelief in the science of astrology. Spirituality plays a great role in the ability to have intuitions to make predictions and it cannot be achieved only by getting dressed in saffron clothes like a sadhu.

Astrological predictions work only in a pure space with belief in the supreme power and meditation rather than studios with huge lights and cameras. The astrological rules of prediction even prohibit forecasts after sunset. Such occurrences are purely publicity based and not with an astrological motive.

Astrology is a profession bound by social service and is not entertainment. It is to mend the issues of those in trouble. The use of astrological predictions for cricket matches, stock market, crypto are not only unethical but a mockery of the sanctity of astrology. Astrology is meant to be practised spiritually in a personal space. The predictions are not scripted texts that can be prepared and spelt on the sound of lights, camera and action. Reducing the pure science of astrology to an ostentatiously attractive program for show business is seriously antithetical to its true meaning.

News Channel created a circus ring with 11 astrologers lip syncing the script with no dignity. Was it the channel’s lack of faith in astrologers that it had to call not just a few but a huge trail of eleven? The show killed the viewers’ faith and astrology’s prestige. The question to be asked is –who is accountable for the misinformation spread by the show? The 11 astrologers or the News Channel editor? The channel owes an apology to its viewers and practitioners of astrology.

7 Vital Parameters To Look For In A Fortune Teller 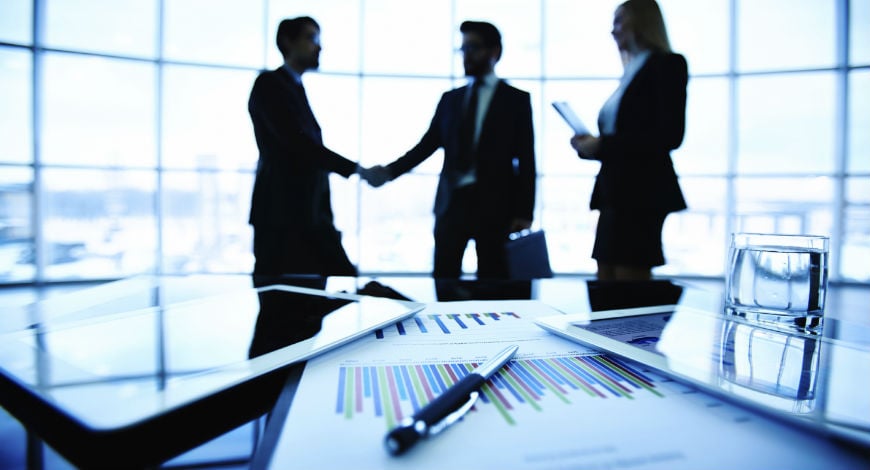 If you are considering consulting an astrologer, then you do not perhaps, know this. Oftentimes people opt for astrological counselling influenced by others. Little do they know what they are actually looking for and whether the astrologer they’re meeting is reliable or not. Today, when most of our actions are influenced either by targeted advertisements or by hearsay, it is of utmost importance to be cautious about the consequences, especially about something as crucial as meeting an astrologer. Here are seven things that one should keep in mind, before planning an appointment with a fortune teller:

To choose the astrological method is the first step in looking for a suitable astrologer. Different astrological methods have different significance. If you are looking to consult an astrologer for your home related queries, then a Vastu expert is the perfect choice. In case you are aware of your birth chart accuracy and other details, then a horoscope reader can guide you. If you do not have accurate information about your date of birth and other details, then a palmist can help you better. So first, you must decide whether you are looking for palmistry, numerology, Vastu or horoscope reading.

Do you ever blindly visit a doctor without a professional degree or relevant expertise? Then why visit an astrologer to get your life treated when the person has no professional validation for his knowledge. The educational background of an astrologer is as important as that of any other professional. You cannot rely on someone with no knowledge of Vedic Astrology to legitimise their prediction. In India there are various prominent universities like Gurukul Kangri, Haridwar and BHU in Varanasi that offer professional courses and qualification degrees in astrology.

Spirituality and religiosity is as important as the educational background of the person, as it plays a great role in his or her ability to have intuitions to make predictions. An astrologer who has belief in the supreme power and meditates, is a pure soul and is thus, able to give accurate predictions and solutions. A personal astrologer’s ritualistic practices and intuition acquired by years of sadhna can never be attained by a machine or AI- driven applications.

Yes, astrology is a service and not a business, but it is inclined more towards being a social service rather than a commercial service. Being heavily dependent on word of mouth, credibility of an astrologer is inseparable from astrology. However, in today’s age, most people end up being fooled by astrologers with superficial experiences. You must always make a background check and be aware of the experiences of the astrologer’s clientele before trusting him or her.

Just the way your CA knows all about your money and your doctor knows all about your health, your astrologer is aware of every intimate aspect of your life – both personal and professional. Of course, you wouldn’t wish to share it with someone who cannot maintain and respect client privacy. Online astrology applications require you to fill in a lot of personal details that are misused for the sake of business – be it online applications or the self-made astrologers behind the screen. It is the user who is conned with inaccurate information and personal data theft.

An astrologer is someone whom you sometimes approach in emergencies and need an immediate connection with. It is only in difficult situations in life when you think of dialling your astrologer. What if he never responds? Imagine being stuck in the eventualities of life and really needing astrological and personal guidance and your astrologer not being there for your help. Well, that’s like one of the worst situations. The accessibility and availability of your astrologer guide is a major factor in choosing one. This is one of the most dubious characteristics of online astrology and it is very painful to not be able to connect with the astrologer who was consulted in the past.

The practice of duping clients in the name of a remedy is a general practice. There are two streams of astrology – predictive and remedial. Remedial astrology is where the fraud begins. Most astrologers manipulate vulnerable clients by threatening them about a bleak future that can only be remedied by shelling out money for certain remedial rituals. At times clients are lured by ‘free consultation’ or ‘zero consultation fee’ offers and end up spending thousands and thousands of rupees for precious gemstones, various yantras like Shree Yantra, Laxmi Yantra, Kuber Yantra etc. and expensive Pooja ceremonies thereafter, to undo the Pitra dosha, Kaal Sarp dosh, Manglik dosh etc. etc. and such other afflictions.

Most importantly, before consulting an astrologer one must understand that astrology cannot change fate, but can only forecast it. A supreme remedy to terminate the ill effects of your “karma” done in any incarnation is “Charity”. To help the deserving and right people and institutions is the key to receiving material and spiritual blessings as per Vedic scripture. Charity and philanthropy are always good for everyone.