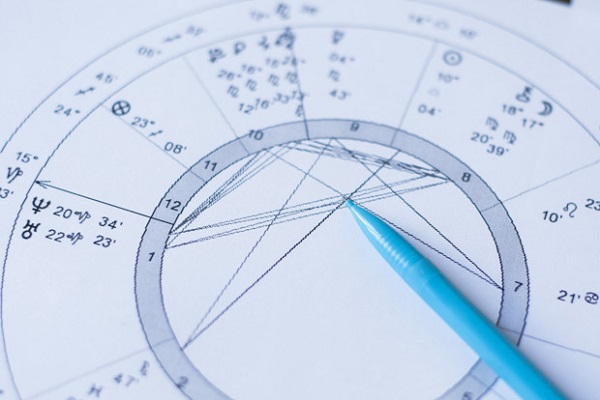 Lord Mountbatten asked India and Pakistan to choose anyone out of 14 and 15 august as their respective dates for their freedom ceremony. Dr. Rajendra Prasad, who firmly believed in astrology, requested pandit Suryanarayan Vyas Renowned Astrologer from Ujjain to tell him the best Mahurat for the freedom ceremony. Meanwhile, Pakistan announced that it would choose 14th August as its ceremony date.

On August 15, 1947 at 00:00 at midnight, India was not born but torn into pieces but on this day such a massive incident took place in the history of the country which affected all the political, geographical, economic, religious and social of the country and this incident was not the birth of India but it was a rebirth of our country that day. In the discussion of the horoscope of India, we consider this rebirth, meaning the horoscope of independent India, as the prime factor and analyse. Moreover, this should be noted that while analysing the horoscope of any country, the horoscope of that country as well as the birth chart of the king of that country, that is the Prime Minister, should be taken into consideration.

According to the principles of astrological scriptures, in the transit of 14–15 August 1947, Panchagrahi Yutis, meaning the five planets were in the same way of horoscope of the country which was inauspicious for the country itself and society. Pt. Suryanarayana Vyas fixed the midnight of 15 August 1947 for independence Muhurat. He believed that this would stabilize the democracy. Because at that time ‘Taurus’ the stable lagna was going on, which is considered the most auspicious lagna for the beginning and stability of any work. At the same time, before 12:15, the best Abhijit Muhurat was also going on, which according to the Muhurat scriptures was the most auspicious time. Not only was this, at the behest of Pt. Vyas, even the Parliament was washed away late night after independence. According to the later Muhurta, Goswami Girdhari Lal also got the Parliament purified. Freed from the chains of slavery on 15 August 1947 at 12 pm, the virtue of a new India or should we say, the remaining India came into existence.

Democracy in India is stable due to “Sthir Lagna” whereas one day prior independent Pakistan’s ascendant and zodiac are both Gemini and it is a coincidence of inauspiciousness and instability. This is the reason why no PM of Pakistan has completed his five-year term till date. Former Pakistan PM Nawaz Sharif was stripped of his chair after being found guilty in the Panama case. He became the Prime Minister of the country three times, but even once he could not complete his five-year term. The current Prime Minister of Pakistan is Imran Khan and it has not been hidden from anyone that somehow he is trying to save his chair. Current planetary and future planetary positions also indicate that partition of Pakistanis possible in the future.

Let us analyze the horoscope of independent India, horoscope details date 15 August 1947, time 00:00, place Delhi. According to the planetary transit, the horoscope of independent India is of “Taurus Lagna” and “Cancer Sign”, if we talk about Lagna then Rahu is sitting in the Taurus Lagna and Venus is the lord of Lagna. In Vedic Astrology, Venus is believed to be the ascendant of art, beauty, creation and music and this is the reason why cinema of India is cosmopolitan and there is a special identity in the world here, but the Rahu of Ascendant always keeps politics in the country disturbed. Along with that it is also testimony to the fact that the country will never be ruled by a single party.

Mars of Gemini sign is stable in the second house of the horoscope, this second house of the horoscope indicates the north-western direction of India where Kashmir part of India comes, problems arise again and again and from time to time it creates conditions of war and instability but India is saved from every problem due to stable lagna. Also, the movements and actions of the neighbors always cause tension but due to the sacrifice of the third house, India will always be victorious over its opponents.

Talking about the most special and rare yoga of the birth chart of independent India, it is the third house of the horoscope, where the Sun, Moon, Saturn, Mercury, Venus are sitting in the Cancer zodiac, making panchgrahi yoga. This is a sense of power and victory, the third sense of India’s horoscope is very powerful, that is why despite the great wars and countless rebel forces, India’s integrity has never been affected. When we talk about Saturn in the 3rd house, India got independence in the Mahadasha of Shani. The Mahadasha of Shani was auspicious for India. India succeeded in the wars between India and Pakistan from 1947 to 1965 in the Mahadasha of Shani. Saturn is the most important planet in the horoscope of India, it gives both strength and power to India.

Jupiter of Libra in the sixth house clearly shows that there will always be some dispute regarding religion in the country, as well as it is a sense of debt that is why debt will always be there in some form in the country. Ketu of Scorpio zodiac sign is placed in the seventh house. This horoscope sign indicates that the movement and laws related to women will change from time to time and with time the dominance of women in the country will increase.

At present, Mahadasha of Moon is going on in India; Moon is favorable in the horoscope of independent India. In Vedic astrology, Moon is considered as a female planet, this is the reason why the present Modi government is giving special emphasis on schemes for women empowerment. Talking about sports, from Olympics to cricket or politics to business, women of the country are waving their glory in every field and making the country proud. At the same time, astrology assessment indicates that India will get a permanent membership in the UN Security Council under Modi’s leadership. We hope that the energy and health of the Prime Minister of our country are maintained in this way and that India soon becomes a world power.