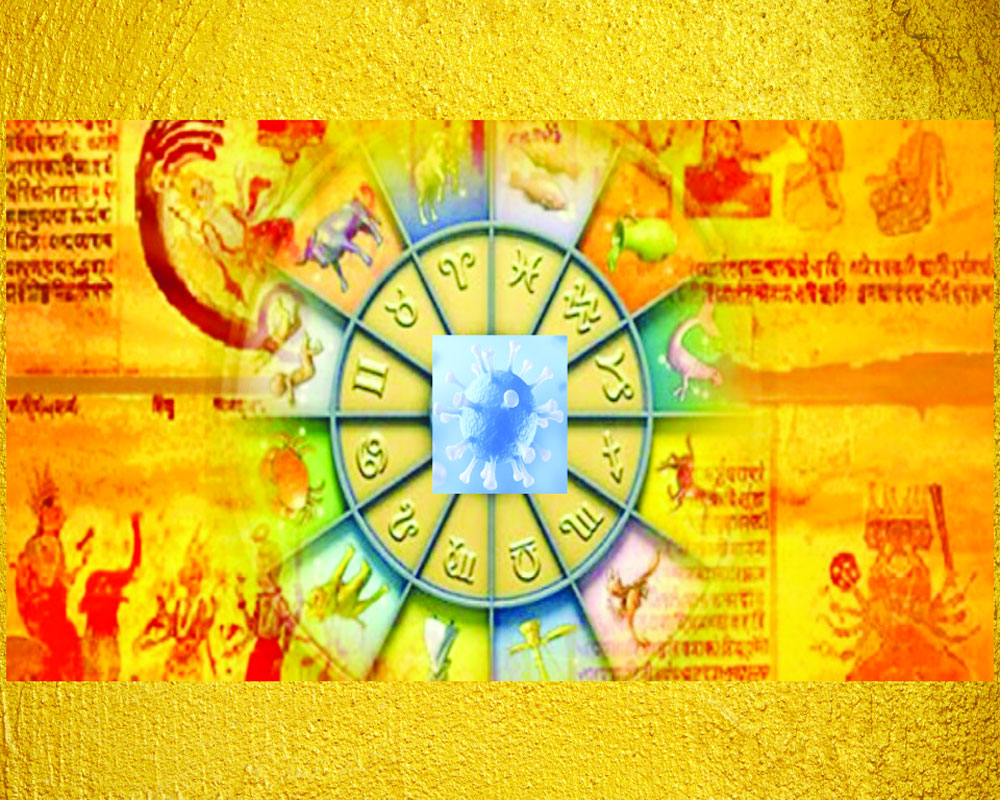 The world today is technologically very advanced. But, despite these advancements, no invention till date has been able to predict the occurrence, place of origin or the frequency of the earthquake. Although science has been successful in setting up departments and a Richter scale to measure an earthquake, but, they are still lacking in predicting time, place and frequency of an earthquake. Scientists only accept a handful reasons behind the occurrence of these earthquakes — movement of tectonic plates; breaking of rocks within the earth surface; increase of temperature in the innermost earth surfaces leading to gas formation and eventually volcanic eruption.

Vedic Astrology is part and parcel of the Vedas. Astrology is the science of knowing what lies in the future. The utility of astrology is as clear as that of meteorology. But, a meteorological department can only predict the weather for only a few days with the help of their devices.

Indian astrology contains a few pointers about the future of earthquakes, with the help of which the astrologers predict the occurrence of these earthquakes. However, Indian astrology, using the Panchang can calculate all the upcoming astronomy events with complete accuracy.

Eclipse and earthquake: No earthquake ever happens during the eclipse period. However, there is a probability of earthquake in the coming post-eclipse lunar phase of full moon or new moon (Purnima and Amavasya, respectively).

Time of earthquake: As per vedic astrology, the probability of occurrence of the earthquake is high during mid-day (12 pm) to sunset and from midnight to sunrise.

Retrograde Planet and earthquake: When major planets such as Jupiter, Mars and Saturn move to retrograde, there is a chance of earthquake.

Planetary transits and earthquake: In Planetary transit, apart from the position of major planets such as Jupiter, Saturn and Mars, there should be a compliance in the positions of major astronomical bodies such as Moon and Rahu, like: Mars and Saturn should be opposite to each other; Sun, Mars, Saturn and Rahu in Kendra (1st, 4th, 7th and 10th house of horoseope); Sun, Mars, Saturn and Rahu transit to 8th house of horoscope; Shadasthak Yoga of Mars and Saturn, Mars and Rahu, and Sun and Mars.

Such planetary transit situations increase the prevalence of an earthquake.

Months and earthquake: As per Vedic astrology, there is a high-probability of earthquakes during summer (mostly May and June) solstice, and winter (mostly December and January) solstice.

Meteorite and earthquake: There are several meteorites in the universe. But, when these meteorites are in proximity to the earth or sun, the chances of the occurrence of the earthquake increases.

Apart from these, the position of Uranus, cruel planets (kur grah) and the collision of stars too have an important role in bringing about a disastrous and devastating earthquake.