Common Dreams And Their Meanings 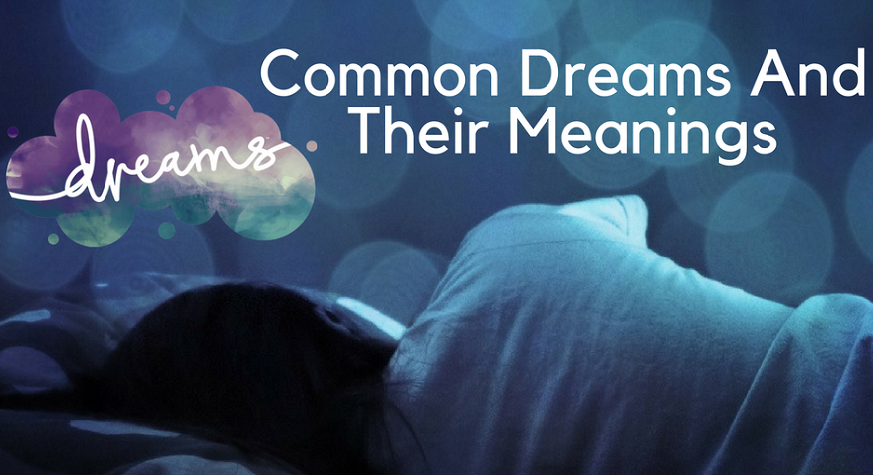 Dreams are the manifestation of unfulfilled desires of persons in their lives, which the dream suggests can be fulfilled after following certain rituals. An altogether different science culminated for enabling the fulfillment of one’s dreams.

Here the good omen, bad omen, shagun and apshagun, timing of dreams, duration of dreams, specific condition of the dreamer, weather,  planetary positions, nakshatra etc and very important, also are the adjunct sign at the time of the particular dream, the ancient Indian scriptures tell like singing of a bird, rattling of snake, barking of dogs, howling of jackals, crying of family women, the sound of chantings from a temple, rains outside etc to mention a few of the innumerable signs.

These all have a very significant meaning for a dream. The ancient Indian wisdom tells that all dreams can fructify if certain remedial measures and rituals are followed by us.

Some dreams can make you happy, refresh you, energise you, give you a new lead and set you on a new course of action when you wake up. But some dreams can puzzle you, even frighten you. The worrisome ones you can dismiss as just dreams.

This is the most frequent dream people around the world have, and naturally always remain curious to know its outcome. But they seldom get satisfactory answers. Foremost is sexual cravings, and the ambition for personal recognition. It may also indicate a change of ambience and inconclusive life.

Dreaming about sexual fantasies by humans of either gender and of every age is a natural phenomenon; it had no boundaries of inhibitions. Foremost is about having intercourse with someone other than one’s spouse, which suggests dissatisfaction in matrimony otherwise sexual dreams indicate creation and propagation.

Sometimes or other a person dreams of being late for a project or a destination or for an exam. It symbolises a needed change in life or a hope of change in life.

Dreaming of snakes mean differently for different genders. In men, it represents fear, concern, sense of probable danger. In women, it signifies the phallus, sexual desire and longing for an orgasm.

Having dreams about flying expresses desire for freedom and to attain the height of worldly success.

Dreams of people who have died is an indication of influences of those people, whether good or bad. Dreaming of living people, specific or known, relate to existing relationships and characteristics to be developed.

After sexual fantasies, dreams of death are very regular among humans. Though death dreams are scary and fearful, they could be a premonition of one’s own imminent death. Dreams of dead relatives, friends and loved ones remind of the incidents related to them.

I hope that through these examples of a few common dreams, I have been able to show the extent to which common dreams can put us. Very often, people think they are somebody else while dreaming and believe they have a different personality and don’t want to accept the truth seen in dreams.

But a quick simple analysis will show that it’s not the case at all because basically the person is weak and frightened, a mass of complexes. Plenty of dreams initiate the beginning of new lives.