Karma And The World Of Metaverse 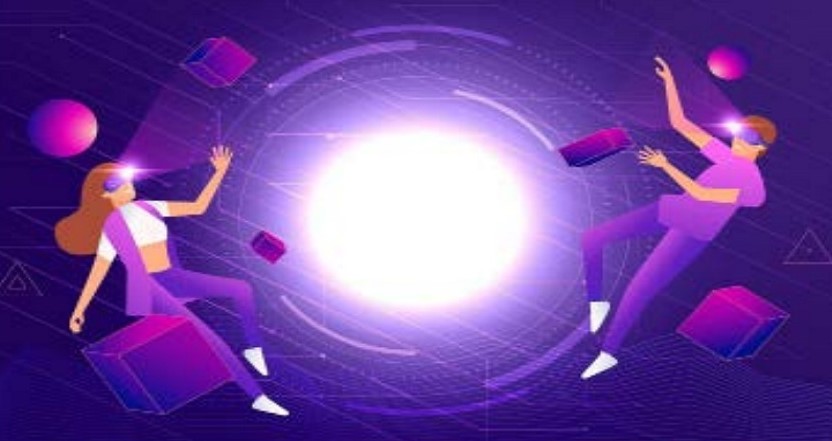 Metaverse is a new artificial intelligent universe created within the realm of our physical world. It is an extension of the real world. With the creation of the metaverse, virtual reality and augmented reality is not just changing lives but also the way we experience the world now. Metaverse is a 3D environment that enables people to enter and interact with one another through their digital avatars. It creates a new virtual space of interconnected spherical worlds.

Metaverse has had rapid acceptance and is drawing the attention of tech enthusiasts. The experience is so immersive that a couple from India’s Tamil Nadu ended up hosting their wedding reception on metaverse. The world of the metaverse is so fascinating that Punjabi pop singer, Daler Mehndi, bought his virtual land on the made-in-India metaverse platform, PartyNite, and named it ‘‘Balle Balle Land’. Metaverse is also getting governmental acceptance as Dubai announces the world’s first-ever economic summit – the Investopia Investment Summit – on Metaverse.

While there have been celebrations and summits on metaverse, some instances of crimes have also been reported. Yes! Crimes as heinous as rape have stepped into the lawless lands of the virtual world. Nina Jane Patel, Co-founder and Vice-president of metaverse research at Kabuni Ventures, faced gang rape on metaverse. Virtual reality has been designed in such a way that the mind and body can’t differentiate digitally virtual experiences from the real world. Thus, Nina’s physiological and psychological response was as if it had happened in reality. This is a reason why a celebration can become a horrifying experience for someone else.

Evidently, the metaverse is not all fun and games. Like any other technology, it comes with its own cons. The metaverse is destined to separate people from the physical world. We are all aware of the addiction that social media has afflicted us with. Imagine such an addiction to a virtual world. We may never want to escape from it to return to reality. Apart from the potential dangers of potential self-depreciation and social destruction, this creation of unreal avatars shall lead to demeaning humanity.

The most alarming feature of the metaverse is the intensity with which it can track not just our data but also our persona. We are all aware of the way social media platforms use our data to target consumer behaviours and garner revenue from advertisers. Imagine how convenient it would be to track our behavioural patterns, choices, interests and actions. Metaverse will enable us to do everything virtually from playing games to shopping for virtual assets and even meeting new people. All this data can be conveniently used to create detailed and nuanced models of us for targeted advertising.

Tech-giants have already begun to make mega announcements about the rise of the metaverse. Facebook recently announced its new company Meta Platforms while Microsoft announced a virtual reality update for Teams. Apple Inc. is going to release its first mixed or virtual reality headset, allowing people to interact virtually. Sportswear brands like Nike and Adidas have also joined the early adopters’ club by securing trademarks for their digital products to protect their products in virtual worlds.

सर्वे कर्मवशा वयम्। sarve karmavaśā vayam (we all are under karma).
Karmas of digital avatars are quite evident on the Metaverse. From getting married to committing crimes, all actions have been found in the virtual world of the Metaverse. There is no denying the fact that while the world of metaverse is virtual, the karmas of avatars are as real as the humans operating the genie. The real life karmic actions are channelised via the avatars in metaverse which would reflect the consequences. Consequences of karma are the same, whether meta formed in the material world, physical world or in the virtual world. The physiology of crime is unique in every sphere and the punishment of karma identical in every world.

We create our own karma. Karma is the result of the choices that we make every moment of every day.